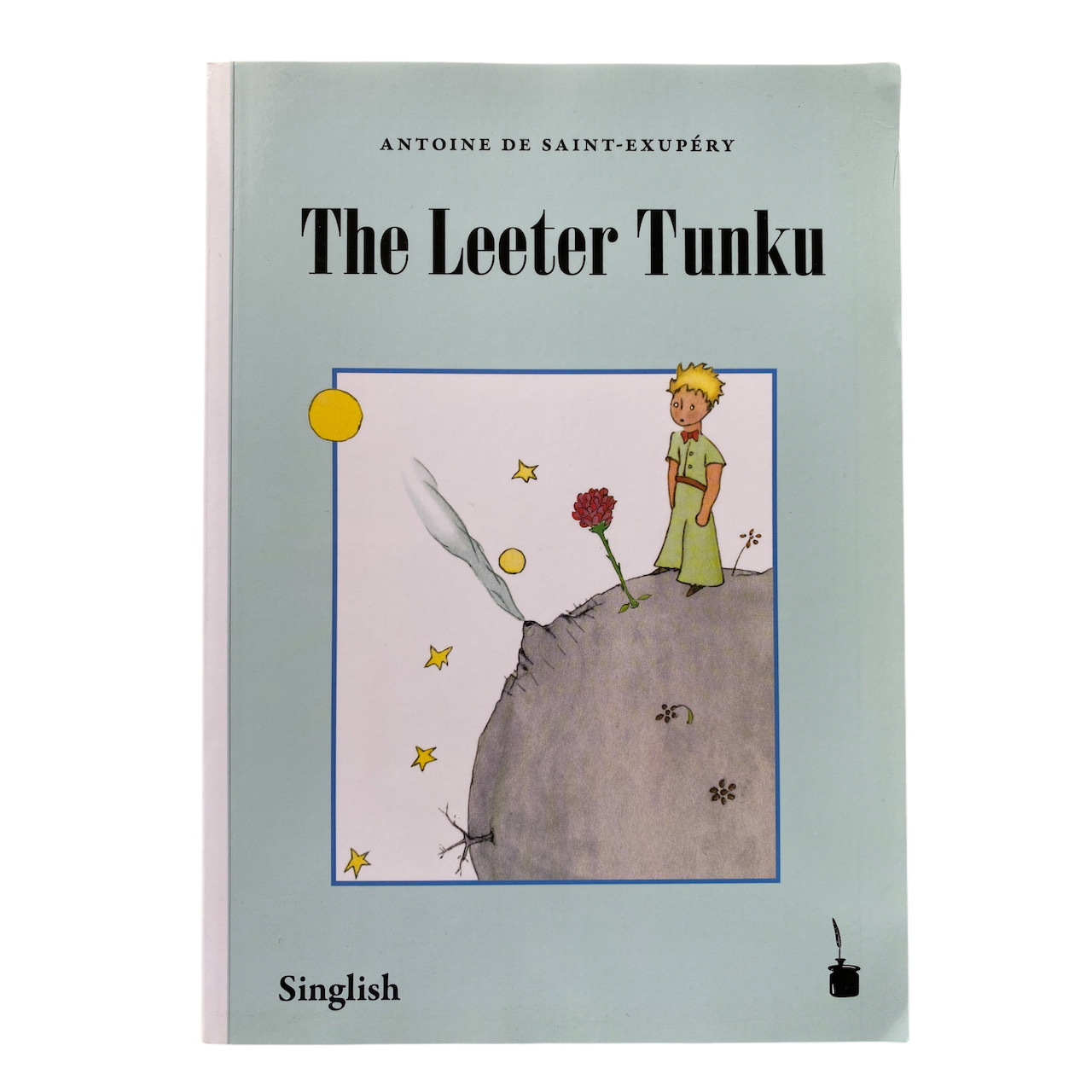 The Leeter Tunku — in Singlish.

Singlish is an English-based creole language spoken in Singapore. The term Singlish was first recorded in 1973. English is one of Singapore’s official languages, so Singlish is regarded as having low prestige. Singlish is also heavily discouraged in the mass media and in schools. However, such official discouragement and routine censorship are actually countered by other presentations in mainstream media, including routine usage by ordinary people in street interviews broadcast on TV and radio on a daily basis, as well as occasional usage in newspapers.

There have been recent surges in interest in Singlish usage, sparking several national conversations. The vocabulary of Singlish consists of words originating from English, Malay, Cantonese, Japanese, Hokkien, Teochew, and Tamil. Elements of American and Australian slang have come into Singlish through imported television series and films.