As many other nations, Scottish has a long history of political and cultural interaction and annexations. There are therefore many roots related to the languages used in Scotland. Am Prionnsa Beag, in Scottish Gaelic. Scottish Gaelic (Gàidhlig / Scots Gaelic) is a Goidelic language (in the Celtic branch of the Indo-European language family) native to the Gaels of Scotland. As a Goidelic language, Scottish Gaelic, as well as both Irish and Manx, developed out of Old Irish. It became a distinct spoken language sometime in the 13th century in the Middle Irish period, although a common literary language was shared by Gaels in both Ireland and Scotland down to the 16th century. Most of modern Scotland was once Gaelic-speaking, as evidenced especially by Gaelic-language place names. Estimated ±50.000 people (1.1% of the Scottish) can speak Gaelic. The highest percentages of Gaelic speakers were in the Outer Hebrides. Scottish Gaelic is not an official language of the United Kingdom. However, it is classed as an indigenous language under the European Charter for Regional or Minority Languages, which the UK Government has ratified, and the Gaelic Language (Scotland) Act 2005 established a language-development body, Bòrd na Gàidhlig. 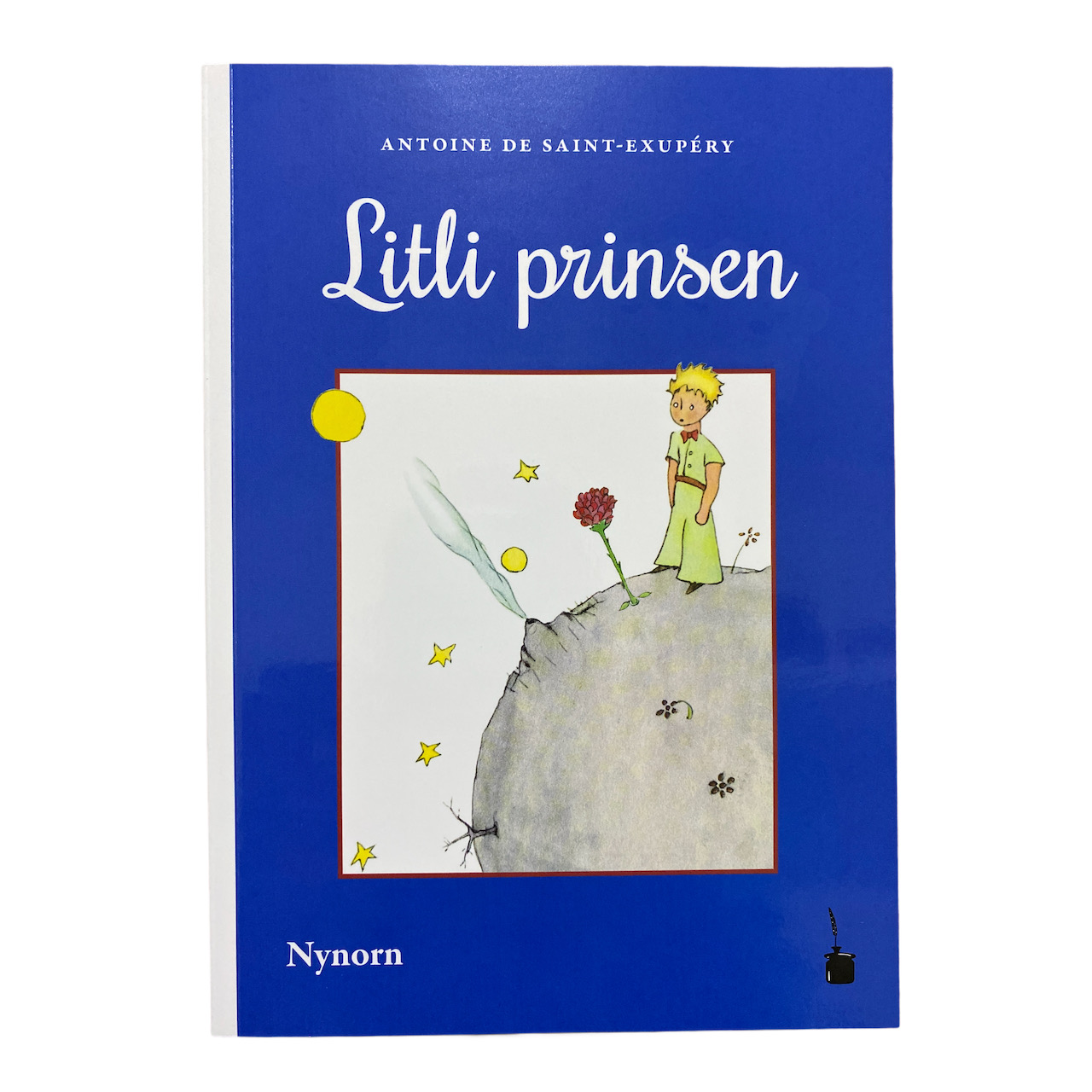 Litli Prinsen — in Nynorn. Nynorn (New Norn) is a virtual language created as an attempt to recreate Norn, an extinc Scandinavian language once spoken or used in the Northern Isles (Orkney and Shetland) off the north coast of mainland Scotland and in Caithness in the far north of the Scottish mainland. After Orkney and Shetland were pledged to Scotland by Norway in 1468–69, it was gradually replaced by Scots. Norn is thought to have become extinct in 1850, after the death of Walter Sutherland, the language’s last known speaker. Together with Faroese, Icelandic and Norwegian, the Norn language belongs to the West Scandinavian group, separating it from the East Scandinavian group consisting of Swedish, Danish and Gutnish. While this classification is based on the differences between the North Germanic languages at the time they split, their present-day characteristics justify another classification, dividing them into Insular Scandinavian and Mainland Scandinavian language groups based on mutual intelligibility. Under this system, Norwegian is grouped together with Danish and Swedish because the last millennium has seen all three undergo important changes, especially in grammar and lexis, which have set them apart from Faroese and Icelandic. Norn is generally considered to have been fairly similar to Faroese, sharing many phonological and grammatical traits, and might even have been mutually intelligible with it. Thus, it can be considered an Insular Scandinavian language. The Prince-Bairnie – in modern Scots.

Scots is a West Germanic language variety spoken in Scotland and parts of Ulster in the north of Ireland (where the local dialect is known as Ulster Scots). It is sometimes called Lowland Scots or Broad Scots to distinguish it from Scottish Gaelic. Modern Scots is a sister language of Modern English, as the two diverged independently from the same source: Early Middle English.

Scots is recognised as an indigenous language of Scotland. In the 2011 Scottish Census, over 1.5 million people in Scotland reported being able to speak Scots.

As there are no universally accepted criteria for distinguishing a language from a dialect, scholars and other interested parties often disagree about the linguistic, historical and social status of Scots, particularly its relationship to English. Broad Scots is at one end of a bipolar linguistic continuum, with Scottish Standard English at the other. Scots is sometimes regarded as a variety of English, though it has its own distinct dialects;  other scholars treat Scots as a distinct Germanic language, in the way that Norwegian is closely linked to but distinct from Danish.