I bought this book in Helsinki, Finland.

What is Finland? A Baltic or Scandinavian country? They speak two official languages here: Finnish & Swedish, besides other European languages. The name Finland is a Swedish name; in Finnish, it is Suomi. But Helsinki is a Finnish name; in Swedish, it is Helsingfors.

Finnish (Suomi or Suomen Kieli) is a member of Uralic family of languages. The Uralic family consists of about of 38 languages spoken by approximately 25 million people, including the languages of Hungarian, Finnish, and Estonian; also the languages of Erzya, Moksha, Mari, Udmurt, Sami, and Komi, etc spoken in northern regions of Scandinavia and the Russian Federation. 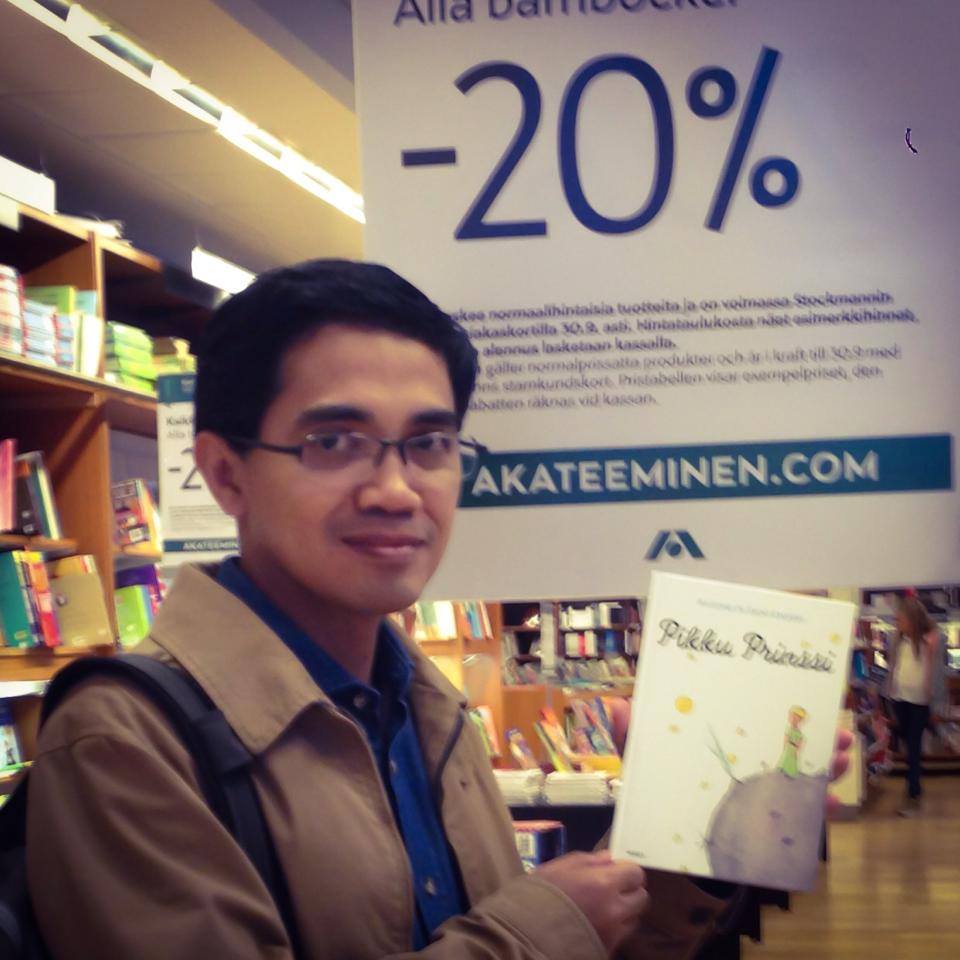